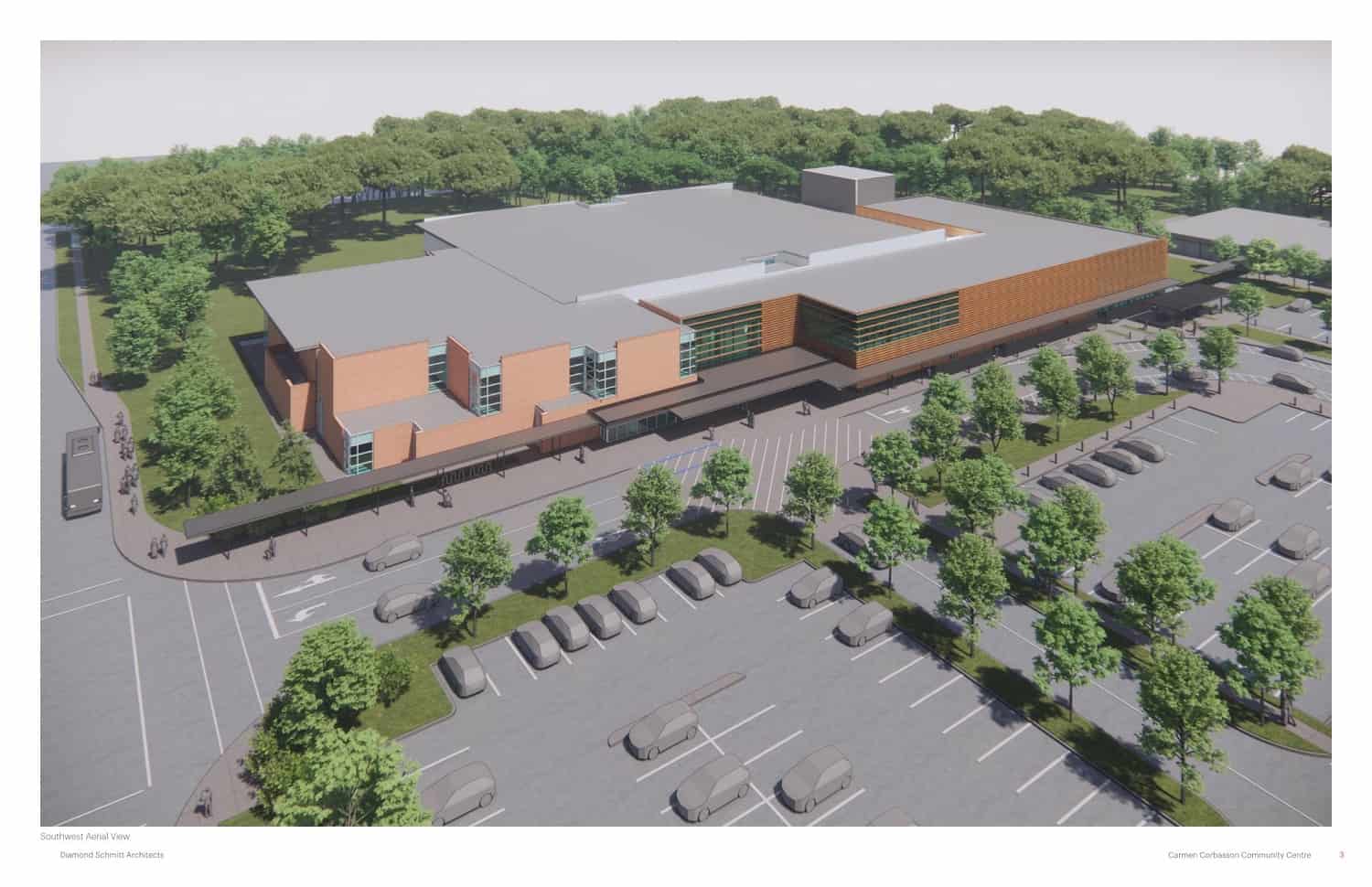 A sketch of what the renovated Carmen Corbasson Community Center will look like when completed. (Image: City of Mississauga)

The much anticipated renovation of the Carmen Corbasson Community Center in south Mississauga has been put on hold.

Mississauga has delayed the project until later this year to allow residents to use the facility and programs throughout the summer months.

Originally it was intended to close on June 20 and is set to re-open again in two years.

The Cawthra Rd. facility, which was built 50 years ago in 1972 and is located just south of the QEW, was renamed to honor the late former City Councilor Carmen Corbasson who died in 2012.

When completed, the $40-million renovation project will add more space to the existing facility as well as: